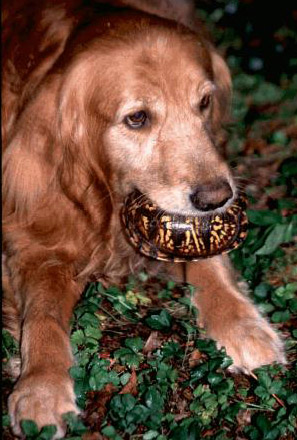 But that turtle can’t be enjoying himself right about now!  Is there any wonder he is hiding for dear life within the safe confines of his hard shell?  He is in the ravenous jaws of a terrifying monster.  Best thing to do is play it safe and stay hidden until the threat has passed.  Let that big nosey set of teeth and claws wear out and give up, and maybe it will be safe to come out again eventually when the coast is clear.

How about that dog, though?  She looks kinda sad.  All she wants is to play with this fascinating new friend who went into hiding right when it was starting to get fun.  Not trying to hurt anyone here.  Can’t we just get to know each other and play around in the leaves a while?  Why so distant – can’t you see how much fun we could have, especially with all my energy?

Sometimes marriage or other human relationships can feel much like the interaction of this curious canine and terrified turtle.  Whether because of a history of trauma, less than ideal family dynamics, or simply a personality difference, one individual can find himself or herself suddenly threatened and intimidated by the relational advances of the other.  All the “golden retriever” really wants is to invite the “box turtle” out to spend some time playing and getting to know one another.  It certainly means no threat.  All the “box turtle” wants is to feel safe and secure.  It certainly doesn’t intend to be an isolationist.  But what to do?

In my experience, there is one approach that holds the most promise for allowing these two different creatures to connect and enjoy one another.  The “golden retriever” must learn to back away, lower its intensity, and patiently show itself to be a non-threat to the “box turtle.”  If it can back up and sit quietly enough and wait long enough, the “box turtle” will eventually poke its head out of its shell to take a look around.  This is often the biggest test in the relationship.

And if a hippo and a tortoise can become best friends, a golden retriever and a box turtle ought to be able to have a blast together!  Don’t hesitate to give me a call or send me an email, if you could use some help in your own golden retriever / box turtle relationship. 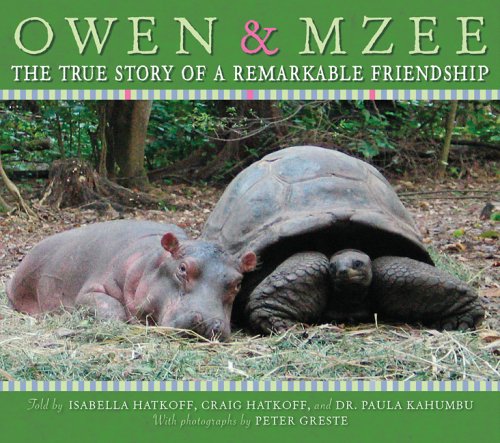