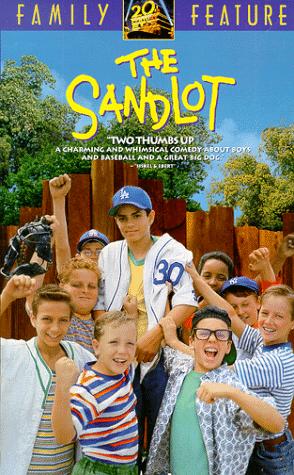 My son had his first tee-ball practice last night.  The coach really seemed to do well connecting with the kids and bringing out their best in this new activity.  I was proud of Shep’s attitude and effort.  Even though he clearly got hot and tired (summer sports in South Louisiana can be grueling), he stayed fairly focused on the practice activity and didn’t give up.  He made some great stops in the field, and his coachability at the plate allowed his batting to improve immediately.  Hitting and throwing obviously didn’t come naturally to him, but despite appearing somewhat awkward, he kept his spirits up and went for it.

Watching him out there on the baseball field, especially up at the plate, really brought flashbacks from my own childhood.  Some were good.  I remember how much I revered my tee-ball coach, Blake.  Just putting on a uniform and being part of a time was somehow magical.  It was a great feeling to make a good play in the field, or get a solid hit.  I still remember how much I loved getting my complimentary drink from the concession stand after games, and ordering what all the coolest guys drank – a “suicide” (mixture of everything from the fountain – YUCK).

Most of my memories of childhood and youth athletic activity are not so warm and fuzzy.  I always seemed to be so uncoordinated and unsure.  I wasn’t exactly the kid the team captains were fighting over for team membership at recess.  Good or bad, right or wrong, basic athletic ability seems to be so tied to masculinity in our culture, beginning early in boyhood.  You can imagine how I felt on the field or court or recess parking lot.

Back to today and fatherhood.  It really doesn’t matter to me if my son is any kind of athlete or takes a shining to any particular sport or activity.  I really just want to give him my best as a father.  And it has really hit me in a very powerful, tangible way – giving my best as a father means proactively doing what I can to help Shep learn to hit a ball off a tee, effectively catch a baseball and a football, confidently throw a baseball and a football with reasonable accuracy, learn basic basketball handling skills, and generally develop some basic athletic skills.  It isn’t about making a particular athlete out of him, or insisting he measure up to some ball-handling standard to make me feel good as a Dad.  It’s about doing my part to make sure he has the opportunity to develop some basic “male” competencies, so he can do with them whatever he wants to do.

In short, I have decided part of my job as Dad is to teach my son how to hold his own in athletics, and let him decide where and how to use these abilities.  A daunting task for a Dad who isn’t particularly athletic.  But no more hiding in the bushes, right? Seems like a great realm to practice the four qualities of authentic masculinity, according to Robert Lewis and Men’s Fraternity: