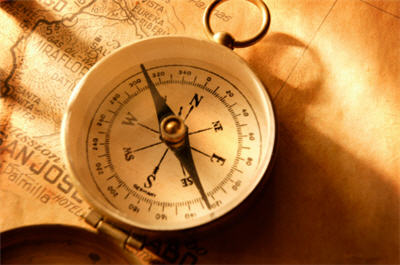 Recently, my son and I were playing with his alphabet blocks, and he had proudly assembled four letters and proclaimed them to spell “Mars,” as in the red planet beyond Earth.  M-R-A-S, “Mars.”  Uh, Houston, we have a problem!  I rearranged the R and A, telling him he was close, but that this was the correct spelling.  He moved the letters back to his original ordering, and as he sounded out the letters, it was actually understandable why my five year old thought it should be spelled that way.  He was very pleased with himself, and clearly wanted me to share in applauding his spelling prowess.

But because I believed he needed my guidance more than my praise at that moment, I said to my lad, “You know, son, denying reality doesn’t change reality.” He may only be five, so I didn’t expect him to fully grasp this concept, but I believe I need to be working on it with him already at his young age.  My impulse was to just let it go and let him enjoy his moment of pride.  After all, I want him to enjoy spelling, to continue developing this critical life-skill.  By correcting him, I knew I ran the risk of discouraging him, as well as giving him an easy avenue to dislike me for a while.  But my parenting convictions won the battle by reminding me that I do him a disservice by contributing to a false pride in him or by letting my desire for his affection to set the course for my actions.

I was totally unprepared for his response.  “Your reality is not my reality,” my son retorted, rendering me speechless and wondering when Noggin started airing Postmodernism for Preschoolers.  We’ll see how my boy and His Reality do on the spelling quizzes that await him in school in the coming months if he continues clinging to a faulty compass with his postmodern pride.

Postmodernism holds some important keys to living in relationships.  As a marriage and family therapist, I am very grateful for the ways my work has been informed and improved by the postmodern perspectives that have become a part of my view of people and interactions.  Postmodernism is not the enemy, as some so strongly feel these days.  But it certainly infuses some particular challenges into parenting in the 21st century.

And so, if perception is reality, it is incumbent on us as parents to offer our kids experiences that will help them perceive life with compasses of Reality, rather than compasses of Fantasy.  Life is hard.  But with discipline and God’s help, they can learn to succeed in life and flourish in their relationships, finding rich meaning and joy along the journey.

Let me know if you could use some help on your journey!