The Process of Parenting: Trusting 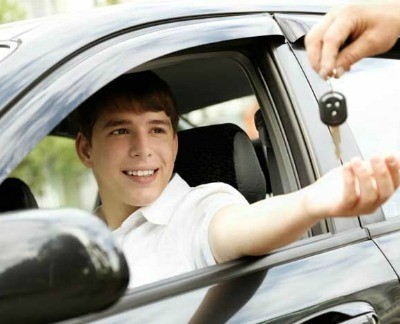 The process of parenting involves a number of critical elements and stages.  One of the most important, and most challenging, is extending trust to our kids.  We may do the best job in the world of preparing, equipping, and guiding them – but if we fail to trust them to practice new skills and face new responsibilities for themselves, we have failed to empower them to live well as independent adults.  Sure, our kids at various ages may not yet be ready to face adult challenges and responsibilities.  But if they have never been entrusted by us with the freedom to fail or succeed on their own, they will be intimidated and ill-equipped when the day comes that they must face the world of adult choices and pressures.

Obviously, the degree of trust (freedom) we grant our kids is going to be largely tied to their level of maturity and responsibility.  My eleven year old son has not yet been given the privilege of having his own phone.  While my wife and I are pleased with how is growing up, we just don’t believe it wise to entrust him yet with this level of freedom and responsibility.  I know I would not have handled a smart phone wisely at his age (had they existed then), and I know him well enough to know that he isn’t ready yet, either.  However, we do trust him enough to use our phones quite a bit to play games, and even make some calls and texts – while still under our general supervision.  He is very aware that he is still learning, proving himself to us, and earning our trust in this area.

I vividly recall a couple of critical turning points in our relationship where his mother and I extended him a higher level of trust and freedom, and we delighted in watching him walk taller in the confidence that his parents trust him.  When he was probably three years old, we were gathered at a hospital waiting area, eager to celebrate the birth of a friend’s baby.  All the sitting and waiting became too much for my lad, and he clearly needed to find the space to move around more.  As I began walking with him down the winding hallways of Woman’s Hospital, an impromptu game emerged between us.  He would run just far enough ahead of me to get around a corner and out of my sight.  He could still hear my voice, and he obediently stayed within a reasonable and safe distance from me.  You should have seen the thrill he experienced as he realized I trusted him to get out of my sight!  You may have similar memories with your own children.  It was important for me to grow through the challenge of trusting him enough to release him from my grasp.  And it was vital for him to spread his wings and soar a bit on the wind of my trust.

Roll the clock forward several years, and you can imagine a similar turning point that occurred when my wife and I allowed him to walk by himself to a friend’s house down the street – without us watching him.  And, of course there was the time my Dad let me, at probably age 14, drive a tractor from a a friend’s house over the country roads for two or three miles to our house.  I felt as though I grew up about ten years and a foot and half that day.

In order for us to trust our children with greater freedom and privilege, we must remember that their best defense against the dangers of this world is not for us to protect them from everything and keep them always within view.  Their best defense, along with a healthy faith walk with God, is for us to prepare, equip, guide, trust, release, and encourage them to face life beyond our sight and grasp.  Our kids need us to work hard through season after season of this process of parenting so that they are ready to face life without us.  And each time we show a bit more (or a lot more) trust in them, we help them take another important step toward healthy, independent adulthood.

Take some time to consider where each of your kids would like to know a greater measure of your trust.  Is it truly because they are not ready?  Or because you aren’t?  Have you taken reasonable steps to prepare, equip, and guide them in this area?  If not, it’s time to do your part.  And if you have, it is probably time to take a deep breath, say a prayer, talk with a good friend or counselor, and put some real trust in your child or teen.  Blessings of courage to you on the journey!