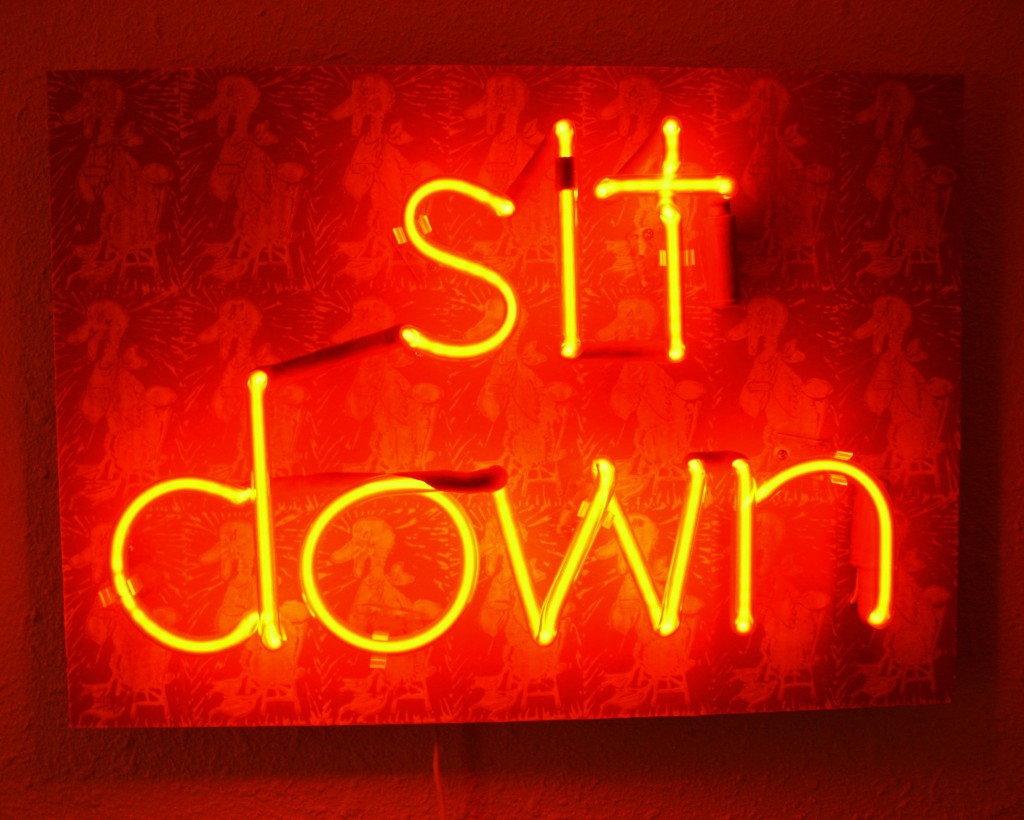 Picking right up where we left off…

On Sunday morning Chemaine wasn’t feeling well, so Shep and I headed off to church in my truck.  Father-son time with our church family.  Worshiping God, studying His Word, building relationships, good coffee, fun play – should be great!  In the midst of singing and talking with Shep on the ride to church, he somewhat brazenly asserts that, “At least I get some screen time during children’s worship!”

Oh, CRAP!  Hadn’t thought of that!!!  Yes, indeed, Shep’s elementary group in the children’s ministry at church is just getting started good in a new string of lessons based on a video series.  Dad.  Gum.  It.  What to do about the Screen Time hiatus?!?

I dropped the lad off in his Sunday school class (the video time comes next hour), went to my Sunday school class (Sorry, Dr. Steve – “Adult Bible Fellowship”) led by my Eminem-lovin, Facebook eschewing friend, Hans Googer, and then checked with one the children’s worship leaders to ask which part of their service would include the video.  After discussing the situation with Lisa for a couple of minutes, she told me she totally understood and supported our being serious about impressing important character lessons on Shep, and that pretty much their whole class would center around the video (I was considering either bringing him up late, or getting him out early).  Basically, it was going to be all or nothing.

When I got my son from Sunday school and brought him into “big church” with me, as we do every week before the youngins are dismissed to go upstairs for their special worship and lesson time, I honestly had not made up my mind what I was going to do.  In hindsight, I should have called Chemaine and prayed about it, but at the time neither occurred to me.  Shep saw his buddies line up on the front row to watch the youth choir perform a special mini-concert during worship time (GREAT job, guys!), and he wanted to go sit with them.  That’s cool.  Sit on the end, and I’ll sit next to you.  Still positioning, waiting, and considering.  Finally, Shep made my mind up for me with a very smug, “At least I get some screen time during children’s worship!”  Okay, Mr. Big Shot Screen Addict, that’s it!

“No,” I say very quietly and firmly to him.  “You aren’t going upstairs this morning.  You are staying here with me.”  And then I saw Shep set his jaw and speak with more resolute defiance than I knew he had in him.  “Yes, I am.  I AM GOING UPSTAIRS WITH MY FRIENDS!”  And when they announced the dismissal of the kids, and his friends got up, he stood up and looked at me.  “Sit down.”  A glare.  A huff.  Then submission.  Now tears.

He crumpled his body over me, buried his face in my lap, and began softly sobbing.  Cut off from his friends.  Cut off from his precious big screen.  Ouch.  I gently rubbed his back and let him cry it out for several minutes.  When he finally came up for air, I offered to go get his Garfield book out of the truck for him to read during church (It’s a really progressive congregation!), but he very respectfully declined.  Then he grabbed my arm and wrapped it tightly around him self.  A few times during the service, he pulled back to glare at me with a crushed, yet defiant gaze.  But then he would nuzzle in close again, and I would rub his back or shoulder or hair, affirming that I love him, and that my love is motivating my actions even in my “hurtful” decision.  Somehow in the midst of this, I realized I had been moved by The Spirit to teach Shep a powerful lesson about The Father’s love for us.

He cares far more about our character and obedience than he does about the little things that capture the temporary attention of our hearts.  Yes, He delights in giving us good gifts and saying “Yes” to our deepest longings.  But sometimes he withholds these things for a season to free our hearts from our sinful ways or attachments to the things of this world.  And He keeps His loving arm around us, gently speaking love to us through His abiding presence and voice of truth.

And for those of you who think I’m over the top with this screen time punishment…he came home from church and rode his bike without any assistance whatsoever for the very first time!  Coincidence?