Making the Most of Kids’ Sports Programs 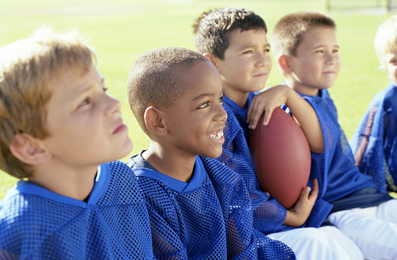 1. Helping kids develop athletic skill and excellence is a good thing, and I believe it is generally a far better gift to them than just buying them more video games, toys, or other stuff.

2. Chances are slim that any of our children will ever be playing pro ball, and most of them will finish their athletic careers in high school.

Now that that’s out of the way, let’s huddle up! 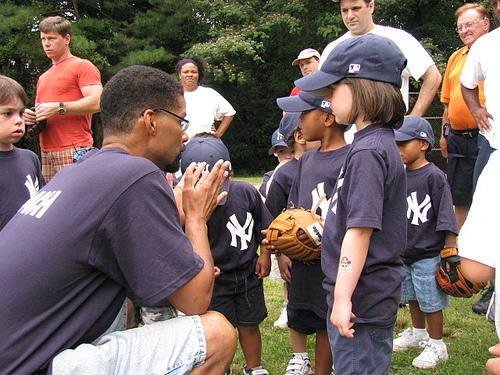 1. Rather than focusing too much on scores and W/L records, kids’ sports programs (read parents and coaches) should focus largely on experiencing teamwork, skill development, and character growth.

2. Rather than holding kids to adult expectations, coaches and parents should emphasize the process and victory of progress and growth.

3. Rather than dwelling on individual achievement, team sports should focus on teamwork and interactive encouragement.

4. Rather than consuming family lives and schedules in a stress-battering way, kids’ sports involvement should be a fun way to extend family character development.

5. Bottom line – kids’ sports programs should be a place to assist in the development of healthy, responsible, virtuous adults, and NOT an end unto themselves!

Certainly, the older kids are, and the more experienced the team, the more important it becomes to focus on skills and athleticism.  Granted.  But I still believe the above principles hold true, even throughout middle school and high school sports.

Finally, a couple of examples from my son’s seven year old coaches pitch baseball team.  I LOVED this little moment at their first practice!  At the post-practice huddle, Coach Brad asked the boys if they were doing well in school.  He then asked them specifically if any of them had gotten in trouble in the classroom that week.  Three of them confessed to having “their stars moved” once during the week (apparently, the discipline system used at the school where most of the boys attend).  Coach then proceeded to have the whole team (himself included) do three push ups to impress on them the importance of right behavior in the classroom and the fact that they are a team, on and off the field.  Hats off, Coach Brad!  Coach asked me to sub for him this Thursday, as he will be out of town.  While we are certainly going to be working on fundamental baseball skills, the theme for practice will be Respect.  Showing respect for self by not hanging your head if you make a mistake, respect for coaches (and officials) by obeying and following instructions, respect for teammates by giving your best every play, encouraging them, and being “heads up” between plays, and respect for opposing players by being encouraging rather than ugly.