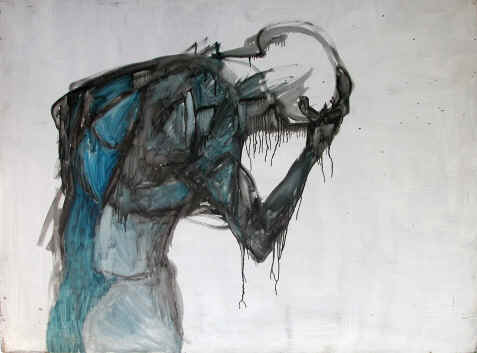 Have you ever felt totally beaten down and defeated by life?  Are you feeling that way today?  It seems like you have done everything you know to do.  You have tried to do what is right.  Maybe even done what you can to live a life pleasing to God.  You know you aren’t perfect, but you have done your best.  And life has kicked you in the teeth and left you weeping alone, praying for God to at least show you the mercy of letting you die and leave all this pain and misery behind.

You are not alone.  I have a story to share with you.  I don’t mean to cheapen your pain and grief and misery by dismissing you with a simplistic story of faith.  I do hope to share with you a glimpse of the God who created you, loves you, understands your limitations, and wants to point you in the direction of a good purpose for your life.  But before we hear the story of God’s tender loving response, we must first hear the story of a man’s real life experience with weariness, fear, bitterness, and despair (as described in 1 Kings 17-19 in the Holy Bible):

Elijah had been shown special provision and favor from God.  That much was unmistakable.  While God had certainly not made his life comfortable through the hard times that had hit the land, He had cared for his daily needs of food and shelter in rather amazing ways.  When God had called him to stand up to the wicked and corrupt king and to humiliate and slaughter the false prophets of the land, he had obeyed and seen an awe-inspiring display of God’s power.  As bizarre as God’s expectations had been, hadn’t he shown his consistent willingness to obey?!?  Had God not seen how faithful his servant had been, and how willing he had been to face adversity in obedience to his Lord?

And what blessing had Elijah received for his faithfulness?  What prize to thank him for his devotion to the Almighty of Heaven?  What token of gratitude for his willingness to stand up for God, when all others seemed to have abandoned Him?

A DEATH THREAT!  From a queen who did not make idle threats and had an established history of ruthless, bloodthirsty cruelty.  Elijah was now assured of a cruel execution in the very near future, probably in a very public spectacle to make an example out of him.  His mountaintop experience wasn’t worth a hill of beans now.  His number was up.

And so, he gave up.  He had nothing left.  No hope.  No energy.  No faith.  No courage.  No reason to live.  He was spent.  He collapsed under a tree and cried out to God with his last ounce of bitter strength, “I’m DONE!  If you care for me in the slightest, God, kill me now and put me out of my misery!!!”

Stay tuned to read the rest of the story and hear of God’s wonderful response of mercy, provision, and power…