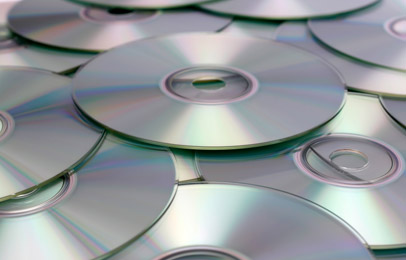 For the first installment in the series on parenting your kids toward character development, let’s begin with a virtue which has been in short supply for some time now in American culture.  Ironically, the ongoing economic recession should provide the perfect context in which parents can lead our kids in cultivating this critical life skill.

Centuries ago, a man of seasoned wisdom and character penned the following words to a young man he was privileged to mentor:

“But godliness with contentment is great gain.  For we brought nothing into the world, and we can take nothing out of it.”  (1 Timothy 5:6-7)

We Americans live in a time and place where one of the most commonly used indicators to assess the well-being of our nation is how much stuff we are buying.  “Buy more stuff!  Boost the economy.  Keep our nation strong.  Besides, more is always better.  I mean, you aren’t really content with that old stuff you’ve already got, are you?  You need more.  You need new and improved.  Consume.  Covet.  Contentment will never get you ahead, and it sure won’t help our recession!  Happiness waits at the Stuff-Mart.  All you really need is lots more stuff.”

Thanks to the gang at VeggieTales for those last two lines from a fantastic video entitled, “Madame Blueberry.” For those with children between about 5 and 9, this will be a fun and very on-target way to help your children cultivate the character of contentment.  While you’re at it, you might as well throw “King George and the Ducky” into the mix.  While these two videos were intentionally created to illustrate the importance of contentment to youngsters, there are plenty of other entertainment choices that can be utilized in your character-building arsenal.

So many of the popular video/computer/online games involve a continual pursuit of accumulating more stuff – be it points or powers or coins or whatever.  What a great opportunity to ask your kids how they will know when they have enough and what it feels like to continually believe they do not yet have enough!  You may be amazed at the conversations this opens up with your teenager.  Give it a shot.  Keep at it.  In fact, working hard with your teen or pre-teen now on cultivating the discipline of deep contentment can actually go a long way toward keeping them from such pitfalls as pornography, addiction, and crime.

And, despite the ages of your kids, entertainment selections need not be all about the virtue of contentment (or whichever virtue is your goal) to prove useful as a tool of engagement and growth.  Pay attention to the movies and shows they are watching.  Okay, important side note.  I really hope you are paying attention to the movies and shows they are watching, already, because these selections are molding your children.  Now, as I was saying – look for scenes, situations, or characters in the story that demonstrate the significance of living with contentment.  Keep in mind, the virtue can be just as powerfully illustrated by showing its presence or its absence in a given situation or individual or group.

Books offer another excellent opportunity for developing character.  Take some time to look around at a bookstore or online.  Be intentional.  Buy a couple of books that specifically illustrate the power of contentment at an age-appropriate level.  Challenge older kids to write a book report.

You may want to begin setting the stage for Christmas early this year, by beginning to talk with your kids about working together to find someone else whose lives you want to bless with gifts this year.  Give them a chance to practice a hands-on lesson in contentment, sacrifice, and service – all at the same time.  And if you want to discover ways to develop other such virtues and character goals, keep checking back here for further installments in this series over the next couple of weeks.

Time to sign off.  I think they’re running some great deals on Overstock.com…