5 Lessons from the Prodigal’s Dad 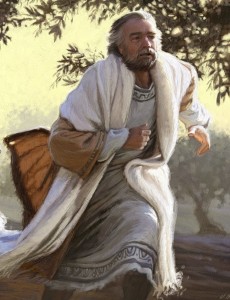 One of my very favorite stories in all of Scripture is the story Jesus told about a wayward young man we frequently call “The Prodigal Son” and his family.  I love this story so much because it is my story.  And it reminds me of important parts of my story I can sometimes forget – particularly the response of my Father.  If you listen carefully, you may find it is your story, too.  God is a profoundly amazing and wonderful Father, and his lessons in this story are particularly instructive for parents who are doing your best to raise adolescents well.  You can read the Biblical narrative from Jesus here, but this is my interpretation:

Growing up in a loving family, he has been feeling an increasing desire to get out of the shadow of his obedient older brother’s “righteousness.”  He wants to be his own man and live his own life.  He has grown tired of feeling the expectation to always do the right thing.  It’s time to find out what the world is really all about, beyond the confines and watchful eyes of home.  So he hits his Dad up for his inheritance, gets the full amount with surprisingly little resistance, and heads out for the fun and adventure that he knows is waiting Out There for a young vibrant man such as himself.

He quickly finds the excitement and friends he wanted.  And the thrill is great!  For a little while.  But somehow the funds, freedom, fun, and friends all vanish before he even knows what happened.  The party is over.  He is alone, desperate, and hungry.  The only job he can find is about the filthiest, most lowly position a Jewish man could possibly take.  He is tending pigs.  He is now unclean in every sense of the word – from his permanently soiled solitary set of ragged clothes to the stench that radiates from him at all times to his spiritual position of perpetual outcast because he works with the ultimate unclean animal every day.

BUT THEN HE COMES TO HIS SENSES.

His utter despair brings him to true brokenness, which leads him to a glimmer of hope and his first experience of real humility.  “Maybe Dad will have pity on me.  He is a good man.  Better than I’ll ever be.  If I can just convince him to give me a place to live, I’ll take whatever lowly position he will offer me.  He is my only hope.”

All along the homeward road, he practices his speech,  with humility and hope growing each time he adjusts a word.  Just as he begins rehearsing his final draft, his speech is cut short.  Dad?!?  His father comes bounding in from nowhere to sweep him into a crushing embrace that seems to last as long as his entire journey back from Out There.  He tries to share his painfully crafted words of brokenness and humility with his Dad, but his plea for the life of a hired hand is swiftly and completely dismissed.

With compassion.  And grace.  And love.  And irrational forgiveness.

Thus begins his new life as a Real Man in the household of The Father.

In the next few weeks, I will be offering follow-up posts to further unpack and explain the profound lessons I gather from this story.  But for now, let me simply list for you the qualities of this Dad that offered the hope of real transformation in the life of his wayward son:

1. He modeled healthy Godly living to his son over the years.

2. He respected his son’s need to make his own choices.

3. He never gave up hope, even when his son willfully set off down the wrong path.

5. He didn’t beat up his son for being foolish.  He allowed him to pay the heavy price for his foolishness, and eagerly showed him how to recover and change his life once he was broken and humbled by his consequences.

I’m looking forward to sharing more about these lessons with you in the next few days!